With the release of Version 2.6 of Universal Dependencies, our focus has shifted to handling Named and Non-Named Entity Recognition (NER/NNER) in Coptic data. As a result of intensive work by the Coptic Scriptorium team in the past few months, the development branch of the Treebank now contains complete entity spans and types for the entire data in the Treebank, which can be accessed here. Special thanks are due to Lance Martin, Liz Davidson and Mitchell Abrams for all their efforts!

What do we plan to do with this?

Entity annotations are a gateway to exposing and linking semantic content information from collections of documents. Having such annotations for all of our Coptic data will allow search by entity types (and ultimately names), enable analysis and comparison of texts based on the quantity, proportion and dispersion of entity types, facilitate identification of textual reuse disregarding either the entities involved or the ways in which they are phrased, and much more.

Over the course of the summer, our next goals fall into three packages:

Since the tools and annotations are based only on Coptic textual input and subsequent automatic NLP, we envision including search and visualization of entity data for all of our corpora, including ones for which we do not have a translation. This means that data whose content could not be easily deciphered without extensive reading of the original Coptic text will become much more easily discoverable, by exploring entities in which researchers are interested. 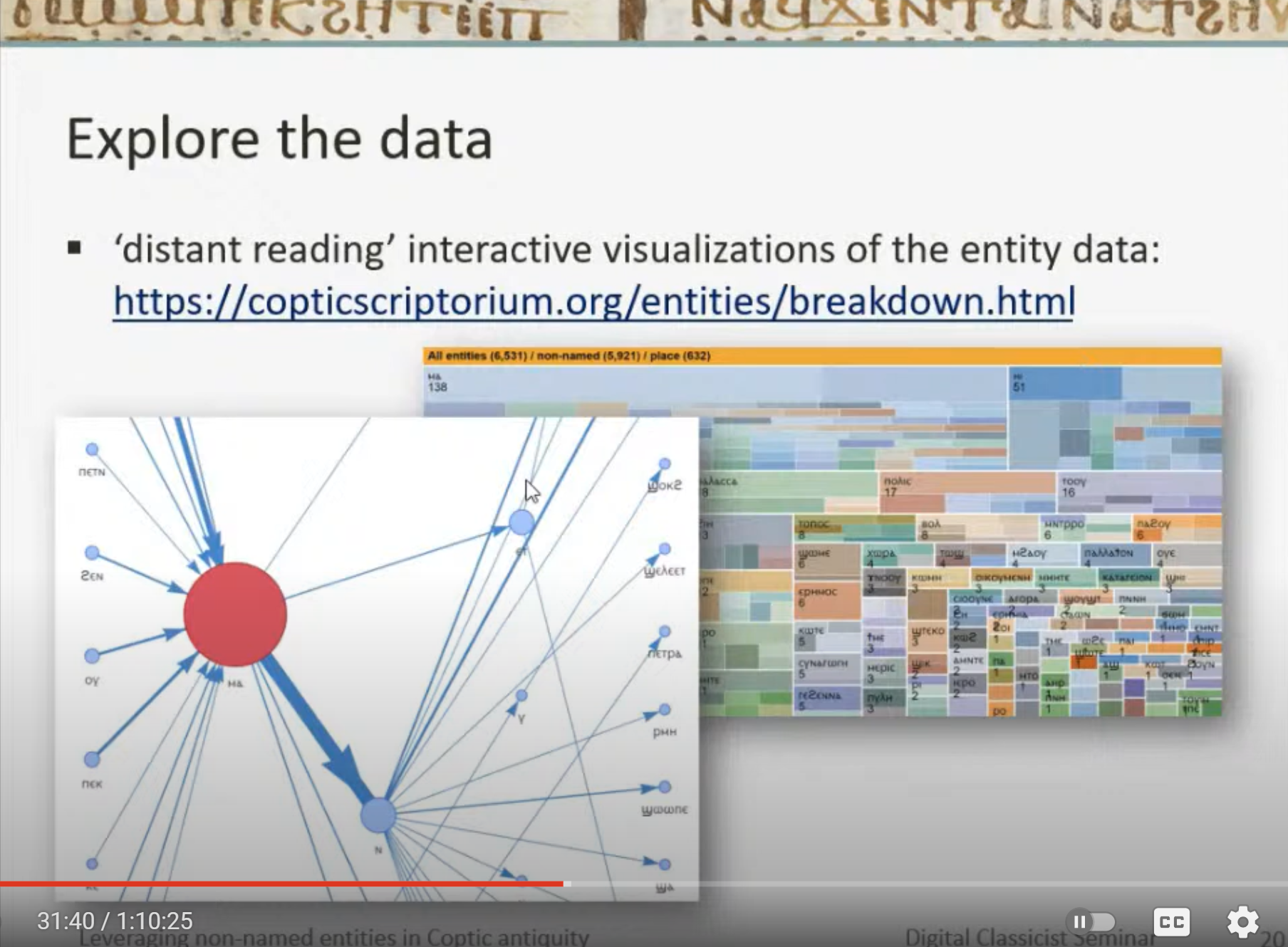 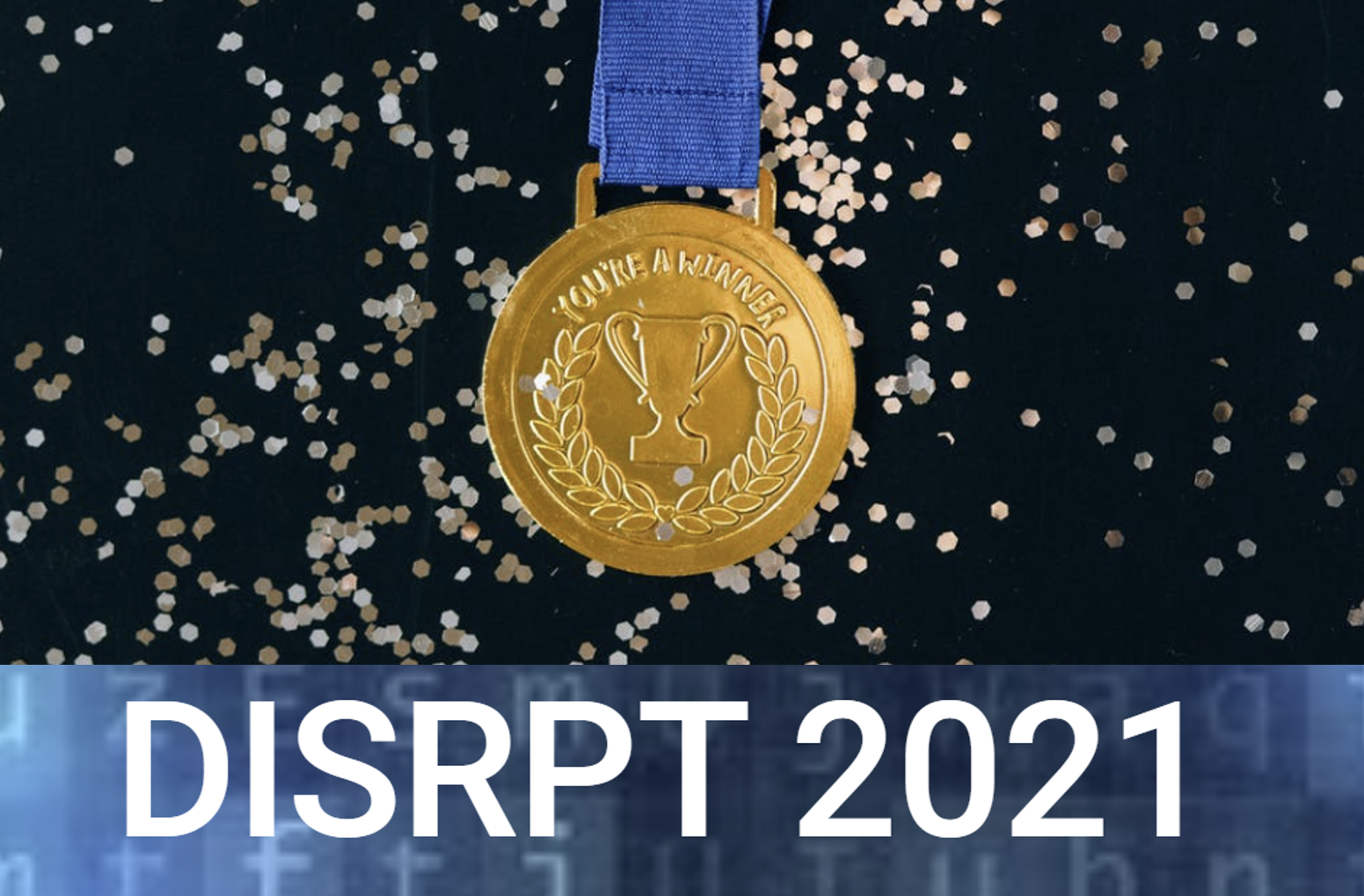 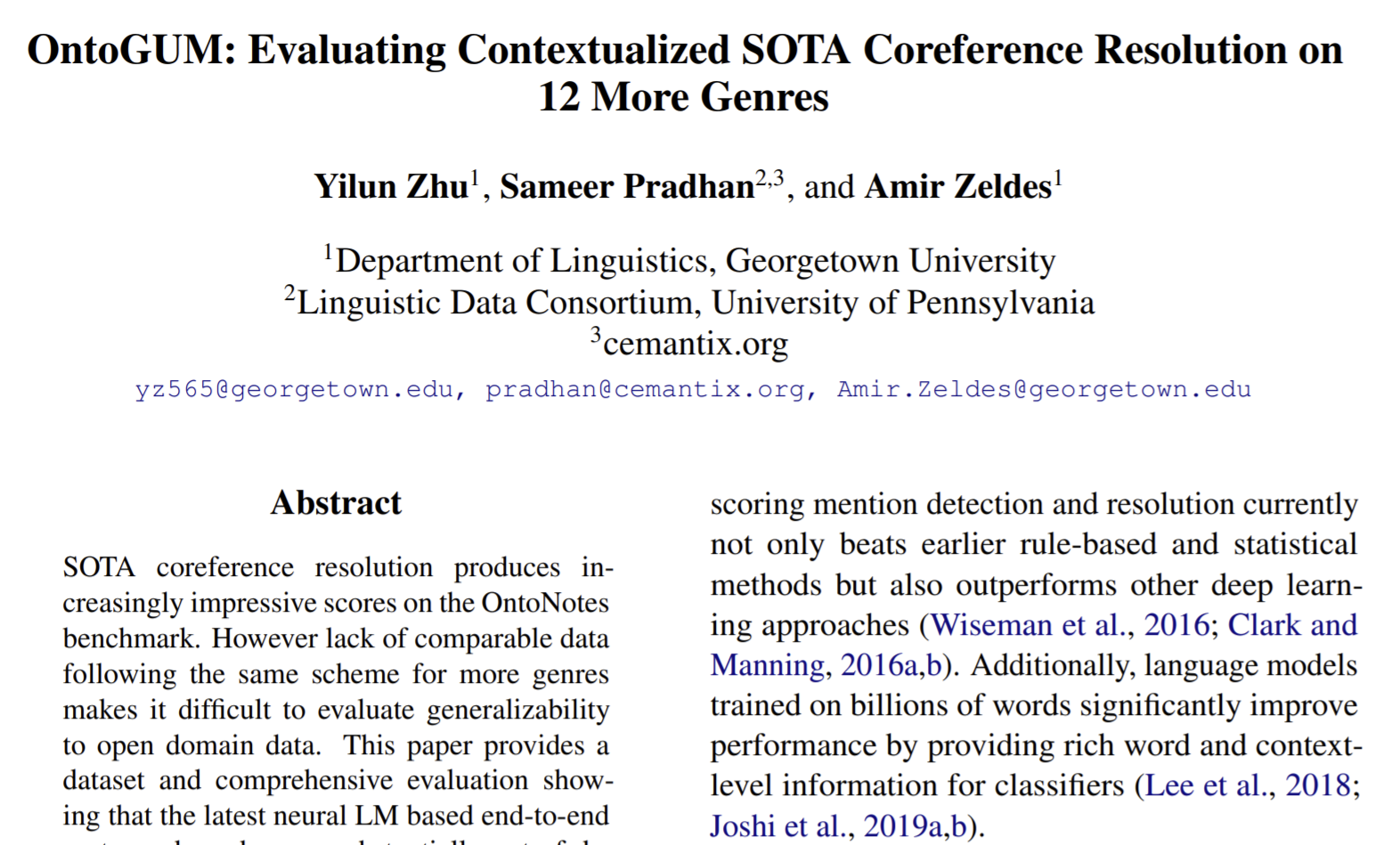 Would like to have more data to work with? Check our LREC paper , where we present a freely available, genre-balanced English web corpus totaling 4M tokens and featuring a large number of high-quality automatic annotation layers, including dependency trees, non-named entity annotations, coreference resolution, and discourse trees in Rhetorical Structure Theory.